What is Arc Group and why are they in China?

Arc Group was founded in Shanghai in 2015 and would move its headquarters to Wuhan in 2017. The management team is spread out between Shanghai and Wuhan from listings on their website and LinkedIn.

For those interested, more of Arc Group's previous deals can be explored here in a presentation put together by the firm in 2020. Selected screenshots are below:

Who is Patrick Orlando?

Patrick Orlando, first mentioned at the beginning of this article as the CEO of the company (DWAC) that merged with Trump Media and Technology Group, has had an extensive previous relationship with both Arc Group and the city of Wuhan, China.

First, Arc Group is listed as the "sole advisor" for 3 businesses founded by Patrick Orlando. In addition to Digital World Acquisition Corp, the other two are Benessere Capital and Maquia Capital.

Second, Mr. Orlando lists himself as the CEO of Yunhong International. They are a subsidiary of the company Yunhong Group, which in turn has several other subsidiaries which are deeply connected to the Chinese solar and biomedical industry.

The Wuhan Institute of Virology

Based on the SEC filings, we can see that Yunhong International is located in Wuhan, China. The full address is below:

By car, this is 2.3 miles away from the Wuhan Institute of Virology, as shown in this screenshot from Google Maps:

Yunhong Group and the United Front

There are slightly over a dozen subsidiaries of Yunhong International's parent company, Yunhong Group. Yunhong Group appears to be particularly active in the fields of networking technology, solar energy, and biomedical.

Yunhong Group is also connected to the United Front Work Department (UFWD), having received a visit for the deputy minister of the Hubei Provincial Party in July 2019. This link is surprising considering the power and stature of the UFWD.

The United Front Work Department is part of the Chinese intelligence community and reports directly to the Central Committee of the Chinese Community Party. No parallel exists to it in the United States, but previous reporting by the Australian Strategic Policy Institute lays out how Western governments view it as a significant counterintelligence challenge.

Yunhong Group also has a close relationship with Arc Group. In April of 2019, the chairman of Yunhong Group met with the senior partners of Arc, who would go on to lead the NASDAQ IPO of Yunhong in the United States.

Lastly we want to note that Yunhong International made a strange acquisition of the consumer balloon company CTI Industries in January of 2020.

The below screenshot shows the kinds of products they sell. Why this was done and what advantage it gives Yunhong International is not clear.

Below we have documented the actors and the relationships that were previously detailed in this post. As things change and new information is found, we will continue to update the below diagram. We split the various actors / organizations into three geographic columns. On the left are the Wuhan, China entities. In the center are the companies run by Patrick Orlando out of Miami, Florida. And finally on the right, the Trump Media and Tech Group, along with CTI, are simply shown under the "United States" column. 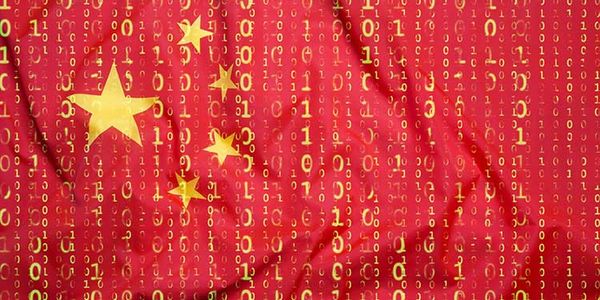